Kenya Airways is evaluating an order of up to 20 Bombardier CSeries or Embraer E2 regional jets. A decision will be made by the end of this year, CEO Sebastian Mikosz told ATW on the sidelines of this week’s IATA AGM in Sydney.

“We are talking about 20 aircraft on top of what we have,” he said.

Mikosz said one advantage is that Egyptian flag carrier EgyptAir has ordered 12 CS300s and he expects Ethiopian Airlines, as well as a Tanzania-based carrier, will order the CSeries as well. “This would make sense in terms of our maintenance capacity,” Mikosz said.

The SkyTeam member is also evaluating a Boeing 737 MAX order.

Separately, Kenya Airways is expanding its network to Europe and Asia when the carrier adds five widebody aircraft in the next 18 months. Mikosz did not reveal the new destinations, but said they would be announced “sometime after the summer.”

The carrier is adding the additional capacity as it prepares take back two Boeing 787-8s and three 777-300ERs when the leases expire.

The 787-8s, which were on a three-year wet lease arrangement with Oman Air, will return in 2019 to support New York flights. The carrier plays to launch daily Nairobi Jomo Kenyatta-New York JFK services on Oct. 28.

Three 777s that were leased to Turkish Airlines will return in 2019-20. “These we will put in our network [to] manage capacity growth,” he said.

Mikosz said the carrier will establish 30 to 60 new pilot positions for long-haul fleet expansion. The pilots will use common type ratings for both aircraft—the 777 and 787.

However, two types of long-haul aircraft should be reduced to one type in the future. “This could be a single 787 fleet, which is a natural choice. But we are also eyeing the Airbus A350, which is a good product,” Mikosz said. 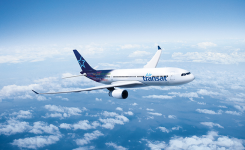 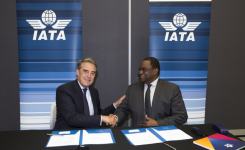 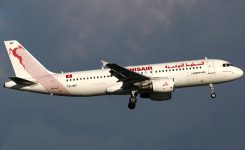 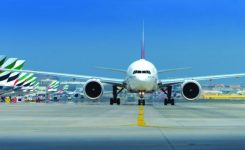